This is a paragraph. Click here to add / edit your own text. This should be used to tell a story and let your users know a little more about your product or service. How can you benefit them?

Parents: You may have smoked pot when you were younger and you turned out OK. So what do you tell your teen?

Today’s marijuana is many times more potent than the weed you might remember. That means it presents much bigger risks to today’s kids.

Youth are at special risk of harm from marijuana because their brains are still developing until they’re 25, this state fact sheet explains.

THC, or tetrahydrocannabinol, is the chemical responsible for most of marijuana's psychological effects, explains Live Science. It quotes a doctor as saying: "Some of the side effects of THC include a decrease in IQ, memory and cognition, especially in younger people."

THC levels of marijuana have increased dramatically. Potency averaged about 3.8% THC in the early 1990s, according to the National Institute on Drug Abuse.

Colorado reports that marijuana concentrates have increased to an average of 68.6% THC and concentrates more than doubled their market share in the state from 2014 to 2017. 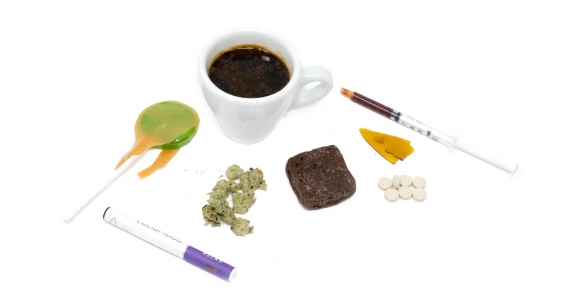 One popular way to use extremely potent marijuana is dabbing. Dabbers may use a blowtorch to heat highly concentrated THC. A report produced by Rocky Mountain PBS and aired on Denver’s 9News described the suicide of a young Colorado man who dabbed. Dr. Kari Franson, associate dean at the University of Colorado School of Pharmacy, says dabbers are “getting 80, 90 percent THC in a concentrated oil.”

This intensive dose of THC has been associated with psychosis.

Children’s Hospital Colorado has seen a huge increase in teens who have used marijuana and need psychiatric evaluations, meaning they may be severely intoxicated or have attempted or discussed suicide, according to The Denver Post.

Pueblo Dr. Brad Roberts writes: “Patients are coming into the emergency department with a variety of unexpected problems such as marijuana-induced psychosis.” He adds: "I watched one of my colleagues and several security guards restrain a psychotic teenage girl who was reportedly ‘dabbing’.... A short time later, a young adult male came in, having reportedly tried to hang himself three times. He stated that he had been smoking marijuana ‘all day, every day.’ He was ‘seeing ghosts’ that told him to kill himself.”

A doctor whom Denver's Westword newspaper called "among the country's best-known and most respected advocates on behalf of medical marijuana" told the alternative weekly that he supports a ban on powerful THC concentrates.

Dr. Rav Ivker told Westword: "The only thing they're good for is getting really high. But they're high-risk, and there's really no benefit from them.

These ultra high-THC products have contributed to a spike in marijuana addiction.

Besides THC, the other chemical in marijuana that gets a lot of attention is cannabidiol (CBD). Evolving research suggests that products that are high in CBD and have low to no THC may have medical benefits, including as a treatment for epilepsy. But higher-THC products have been shown to damage developing brains. This is an important distinction for parents and teens to understand.

Dabbing is an increasingly popular way to smoke ultra-potent marijuana. With a blowtorch and nearly pure THC, it's a far cry from the relatively low-THC joints of earlier decades. Hear from a Colorado high school student, his mother, a prosecutor and an adolescent addiction specialist in this video.

4 things you can do today to keep teens safe:

Smart Colorado is a project of the Colorado Nonprofit Development Center. 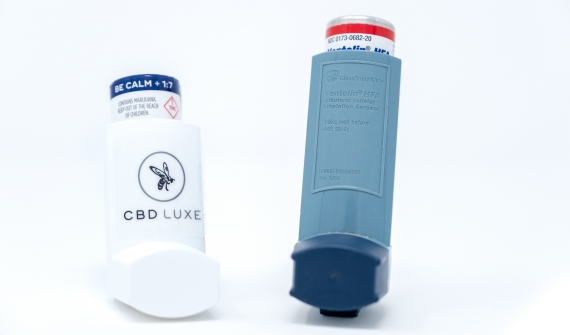 When it comes to marijuana commercialization nationally, what is the impact on kids? Our new white paper, Colorado Kids are Canaries in the Coal Mine of Marijuana Legalization, analyzes official Colorado data to assess the true impact on youth in this state, which was the first in the nation to commercialize recreational marijuana. The lesson for other states is that radically increased potency has emerged as a clear threat to teens.

This marijuana inhaler (left) looks like the asthma inhaler next to it. Although this inhaler heavily promotes its CBD ingredient, it contains seven times more THC than CBD, for a total of approximately 875mg of THC in the package.